Is AT&T TV Now Worth Your Money? 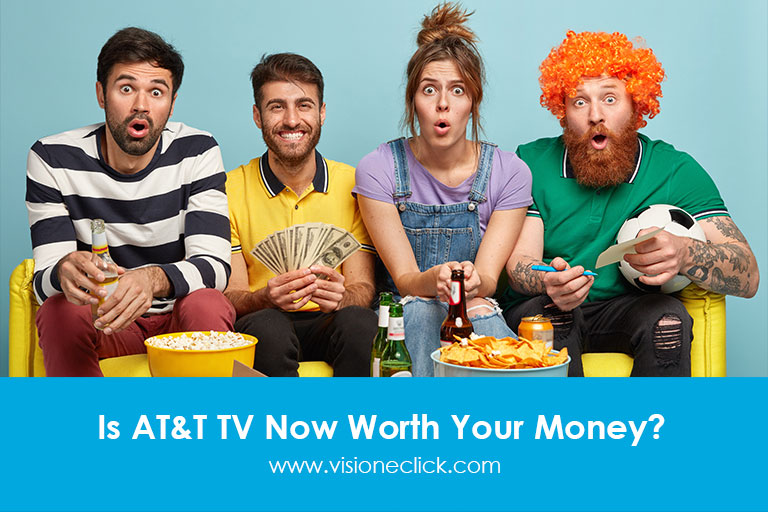 AT&T rebranded DirecTV Now in 2019. When it was launched in 2016, the reviews were raving as it used to offer much more than it does now. Today, people claim that AT&T TV Now comes at an expensive price tag and with a reduced number of channels. However, there is something good to look forward to as well. Let’s explore it all in detail.

What is AT&T TV Now?

Do not confuse this service with AT&T TV, as both are different. Although both of them use the same app, AT&T TV Now is cheaper than AT&T TV. The former has six packages that range between $65 and $135 – HBO is included in only two packages.

On the other hand, AT&T TV is like any traditional Cable TV. It comes with a device included in the package. While you have to pay for any additional device. Moreover, premium channels are free on this service for the first three months only. The regional sports fee isn’t a part of the package price either.

The company has put the subscribers in a state of confusion as both these plans get accessed through the same app. Anyhow, more people are choosing AT&T TV Now over AT&T TV.

A 7-day free trial option is available to people who wish to subscribe to the service. This applies to both the plans namely PLUS and MAX apart from the three international packages.

If you sign up for the MAX plan, you will get a 7-day free trial while getting access to CINEMAX and some prominent sports channels. Thus, maximizing the value for trial. You can always downgrade to the PLUS plan after the trial period ends. Access to HBO will still apply with the downgraded plan as well.

Moreover, if you subscribe HBO, you will also get access to the new live-streaming service that the channel offers – HBO Max.

The six primary plans that you can choose from include:

Below are the channel lineups for two packages that allow for a 7-day free trial.

It would not be easy to mention the channels list for the other packages as they are too many. You can visit the website to learn more about them.

As mentioned in a section earlier, the price of the service depends on the plan that you subscribe to. The plans range from $65 to $135.

The price of the plan is the only amount that you have to pay for, though. There are no device charges or any other hidden charges that you may have to pay after subscription.

There is no separate app. The same AT&T app that you use to access AT&T TV will give you access to AT&T TV Now as well.

The service allows you to add a couple of extra premium channels to the chosen base plan. These include channels like Starz, Cinemax, and Showtime. Pay an extra $11 per channel to add it to your selected plan. Apart from that, you can opt for adding a complete extra package from the following ones as well:

The best streaming device would be Amazon Fire TV Stick. However, the service is compatible with a range of devices. These include Apple TV, Android TV, Chromecast, Chrome pad, LG TVs, PlayStation3, PlayStation4, and Samsung Smart TVs. Not to forget Xbox 360, Xbox One, and Windows 10.

One feature that the service is still missing is the streaming of content in 4K. 4K streaming is currently unavailable. This is a huge turn off for many people.

Other Specs and Features

ATT TV Now allows you to stream on up to two devices simultaneously. So, you can choose to add another device for $5/month.

You also get the DVR service included in the price of your package. 20 hours of DVR storage comes with every plan. However, you only get 30 days to view the shows or movies.

If you would like to know regarding the service, you should get in touch with a rep by dialing the AT&T TV Now customer service phone number. They will guide you regarding the available packages, the one that will best suit your needs and everything regarding the plan that is not clear to you.

How much is AT&T TV Now?

What’s the difference between AT&T TV and AT&T TV Now?

The former is just like any other cable TV service. The latter is a less expensive version with no contracts and devices needed.