The Best Halloween Movies on Netflix to Stream Now 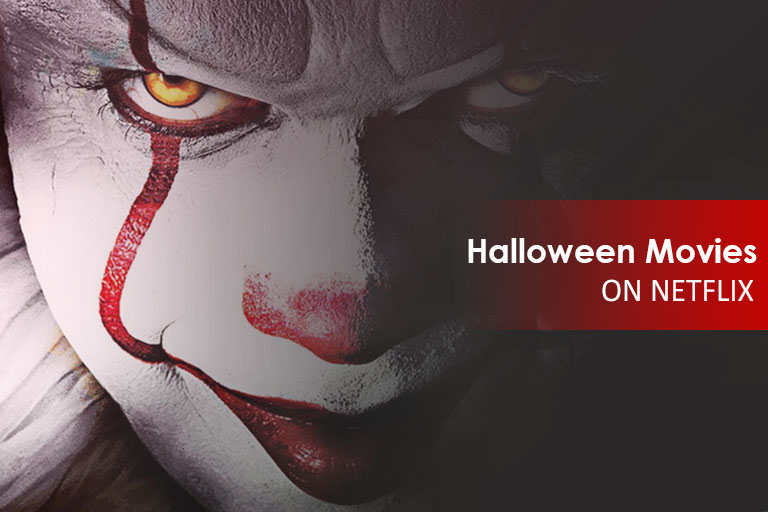 Halloween is around the corner! Haunted houses and pumpkin patches will be giving us goosebumps. Whilst Halloween movies season is in its full swing, you can’t miss out on the movie-binge sessions with your family. With streaming forums like Netflix, you don’t need to download or buy any new DVDs. All you want to do is to know some great titles and stream them.

Some of these Netflix shows and movies will give you a mix and match of horror gems, seasonal classics, and family favorites. Let’s hope for more Halloween-themed movies to pop up as the end of October approaches. For now, take advantage of these spooky, horror-tinged, and some fun titles.

A horror masterpiece! It never gets old. Based on true events, the movie revolves around Ed Warren and Lorraine Warren who investigated paranormal situations all their lives. You will love the fine performance of the protagonists. The creepy turn of events, the solid performance of the couple and exceptional direction make it a great watch!

The gripping feeling of vulnerability, tension, and impending predicament makes it a perfect watch for Halloween movies.

Not into straight-up horror films? Watch Coraline! A children’s movie but a thriller for the older audience too. Coraline reluctantly moves to a new home and whilst exploring it on a rainy day, she discovers a door that opens at night. What she discovers further was even more astounding. An alternate version of the life that she is living! Only it is better in many ways and people have buttons instead of real eyes.

The longer she roams in that world, the doubt of it being a trap keeps strengthening. Watch it to discover what happens!

Are you into watching horror movies in groups? Well, this one calls for it! Text and plan a meetup in your friends’ group chat, get your internet up and running, and gather them all for some great time. Streaming on Netflix on your TV would be best!

The movie’s setting is New England, 1630. It revolves around a local farmer who has located his family to a remote area, right on the edge of a threatening forest. And soon enough, creepy things begin happening with his crops, children, and even animals. The paranoia starts mounting and the only question that looms is that is it something in the forest that is terrorizing them or is it within them! Watch to know!

This one is a classic. An original adaptation of the first novel of Stephen King! You can watch it on Netflix and trust on when we say it is a real classic. Make sure your kids are already in bed because the movie has enough gore and horror to easily qualify for a classic horror movie. You can thank us later for this amazing suggestion!

Starring some of our favorite celebs from the 90s, such as Courteney Cox, Skeet Ulrich, and Drew Barrymore, this slasher movie launched a slew of spin-offs and tributes. The plot revolves around a masked killer who follows the protagonists. You may find special effects outdated according to contemporary standards. But the movie will give you chills and spooks. Perfect for the Halloween spirit!

A perfect pick for a movie night! Based on an original ghost story, this movie is actually scary enough to make falling asleep difficult for you! The movie is famous for its absolutely unpredictable ending. You need to watch it!

Focused on the life of a deaf writer, Maddie, living alone in the woods, this 2016 movie is a must-watch. When you can’t even hear the lurking danger around you, you are not even prepared and don’t know what to expect. When a murderer shows up, she fights for her life. One of the best Halloween movies on Netflix!

The iconic Christian Bale stars in this equally iconic movie. It is one of the most extraordinary psychological horror movies you will ever watch. The movie is spooky enough to put your kids to bed before you start binge-watching it.

The Princess and the Frog

This is a good one. You can watch it with your kids, tweens, teens, and grandparents. They will all love it alike. What’s better than quality time spent watching spirits, masquerades, magical transformations, and a lot more! It sure is a family-friendly movie with great songs, entertaining characters, and some dark humor.

Jinkies! Not everyone has a thing for horror movies. If they are not your cup of tea, that doesn’t mean you don’t deserve any entertainment on Halloween. Let’s keep it lighter and bearable for you. Watch Scooby-Doo! Watch the mystery gang reuniting on Spooky Island after years. They experience some strange happenings there. The movie is funny and interesting. If you like it, binge-watch its sequel called Scooby-Doo 2: Monsters Unleashed on Netflix.

Just make sure your Internet speed is stable. Because if you are into binging sequels right away, you don’t want to be turned off by a lagging speed or a blurry picture. You may not know but Netflix’s picture quality is directly related to your bandwidth speed.