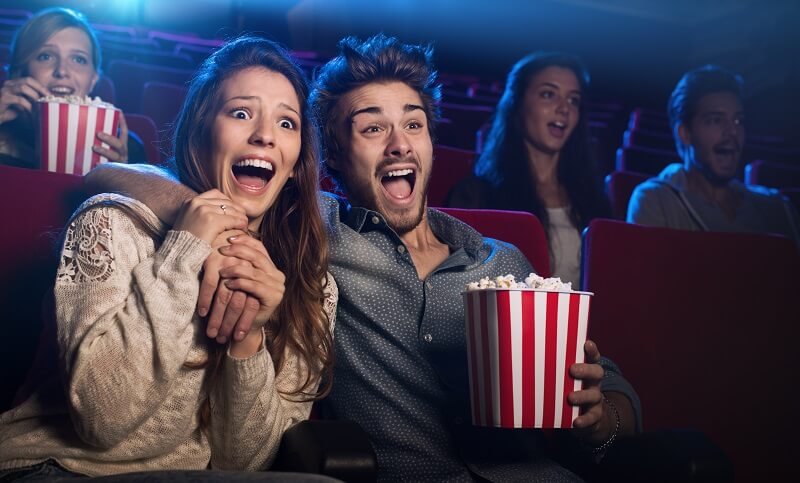 If you were to ask two different people what the best TV shows on Netflix are, the answers are overwhelming. The sheer number of movies and TV shows on the streaming service is staggering. Admit it, if you didn’t need the internet to power the app, you would have cut cords long ago. The company appeared in 1997, but that was the infancy of the internet. People did not actually consider the internet as a source for entertainment content. That was soon to change when the app first became available on smartphones. The digital entertainment industry changed forever.

There are over 6,400 movie titles and 1,609 TV shows on the streaming service’s U.S version. More and more get added periodically. The diverse selection of Netflix TV shows and movies make it very popular with people everywhere. From science fiction to drama to thrillers to documentaries, the volume is massive. With a reasonable monthly subscription, you can start binging on your favorite content right away. Since there are so many critically acclaimed shows and movies on the app, it’s almost impossible to make a comprehensive list. There are also tons of underrated titles that have a devoted cult following.

Then there are foreign language shows which are immensely popular in their home countries. But we are always ready to help people in the search for their next binge-able show. Forget about TV packages and channel lineups.

Best TV Shows On Netflix That You Really Need To Watch

Here are all the juicy details you need to know about each show.

Daredevil centers around Hell’s Kitchen in New York and everyone’s favorite Catholic vigilante, Matt Murdock. If you have read the comics or watched Ben Affleck’s horrible version of the character, you’ll know he’s not your average vigilante. A childhood accident leaves Matt completely blind. You’ll be thinking how is a blind guy going to fight crime? The answer is enhanced senses. While Matt has no sense of sight, his senses of feel, smell, and sound are way above average. The guy can tell if you’re lying by listening to your heartbeat! Couple that with his amazing street fighting abilities, and you have a proper Marvel vigilante.

Currently in its third season, Daredevil follows Matt around as he constantly goes up against Kingpin. Matt tries to balance his day job as a lawyer with his moonlighting as a vigilante. Played to perfection by Charlie Thomas Cox, the show is extremely popular on Netflix. Forget about Spectrum TV plans, just get a Netflix subscription and start binging on Marvel’s Daredevil.

Altered Carbon is not your usual, run-of-the-mill science fiction dramas. Clones, immortality, cryogenically frozen and thawed humans and digitized consciousness, this show has it all. Altered Carbon follows “Envoy” terrorist Takeshi Kovacs, played by Joel Kinnaman, in a futuristic setting. This is a future where tech known as a cortical stack is surgically inserted into the vertebrae of every human at birth. This cortical stack is the essence of a person. It contains all the memories, emotions and personality of the human it belongs to.

In the event of that human’s death, if the stack is intact, the human can be practically resurrected. Usually, this is simply done by inserting the stack into another human body. In fact, the show offers a unique glimpse of a dystopian future where bodies are disposable. They’re even called “sleeves”. The protagonist, Takeshi, gets resurrected after 300 years by a mega-rich philanthropist to investigate his mysterious murder. The chain of events jumps between the past and the future, keeping you hooked the entire episode. Altered Carbon is truly one of the best TV shows on Netflix right now!

When talking about vigilante heroes, you can’t mention The Punisher. Marvel’s darkest anti-hero was always a favorite among comic book fanatics. There have actually been three movie adaptations of the character, but none come close to Jon Bernthal’s portrayal. Frank Castle, an ex-Marine, is horribly plagued by the brutal deaths of his wife and children. Seeking revenge against all of the crime, Frank embarks on a one-man killing spree against the scum of New York. The show does justice to the comic book portrayal of the Punisher, with many fans finding similarities with the Punisher MAX comic series.

What sets The Punisher apart from other vigilantes? He’s a killer, that’s what. Frank has no qualms or hesitation about ending a criminal’s life with a bullet (or worse). He brutally takes out any criminal organization he goes up against. Using his rage and military training, he turns himself into an unstoppable one-man army. You won’t find gory entertainment like this on your Cox TV packages! Fun fact (and spoiler alert), the Punisher also makes a recurring appearance on Daredevil Season 2. The second season of The Punisher will hit Netflix in 2019.

Enough with dark, gritty action and science fiction. Who’s up for a bit of light-hearted, belly-aching comedy? Brooklynn 99 follows the goofiest precinct in New York, the 99th Precinct and it’s zany police detectives. Jake Peralta, played by Andy Samberg, is an immature but brilliant detective who is forever getting into trouble. Accompanying Jake is a bunch of eccentric colleagues and an impassive Captain who never fails to make me laugh. Brooklynn 99 is a hilarious show, which is great for a little after-work unwinding. Well written, punchy humor and slapstick comedy all come together to make an amazing piece of entertainment. Originally aired by Fox, the show has since moved to NBC and is easily one of the funniest Netflix TV shows.

Narcos is a show that has truly blown the illegal cocaine industry wide open. Based on true events, the show follows the rise of the powerful Colombian drug cartels. It spins a tale that is easily one of the most captivating on any Netflix TV show. See a world of drugs, debauchery, violence and immeasurable wealth. There is no single central character to the show. It focuses on an objective look at the DEA agents, local police and politicians involved in bringing down the notorious Pablo Escobar. On the other hand, it also focuses on the shrewd and often brutal cartel maneuvering that leaves viewers shocked.

Narcos offers a unique look into a world full of double-crossing, intrigue, and bloodshed among warring factions. The show is now awaiting the drop of its fourth season, which focuses on Mexico and the cartels that control the drug trade there. For people with an appetite for history and television violence, Netflix TV shows don’t get any better than Narcos.

Mindhunter is a very underrated show, but in my opinion, it has all the ingredients to become a classic. The show is set in the infancy of criminal psychology and profiling, 1977. This is a time when serial killers are first beginning to appear. The FBI is at a loss for how to deal with killers who kill without rhyme or reason. The show follows Special Agents, Holden Ford, and Bill Tench as they try to come to grips with serial killers. In fact, at the time of the events that take place, the word “serial killer” doesn’t even exist. Instead, the show calls them “series killers” and only later shows the scene where the phrase “serial killer” gets coined. Dark, gritty and gripping, Mindhunter is no doubt one of the best TV shows on Netflix right now.

You’ll be shell-shocked at the grisly details that emerged from real-life interviews with real-life serial killers. If you loved True Detective, then Mindhunter should definitely be on your list.

Okay, we may have gone a bit dark with the last one. So here’s a show that is absolutely guaranteed to make you laugh. Archer is an animated adult TV show that doesn’t hold back. Meet the people behind ISIS. No not the one in the Middle East you see on your Spectrum TV plan’s news channels. In the show, ISIS is a covert organization that carries out operations much like the CIA. The show’s protagonist, Sterling Archer, is not what you would think a secret spy should be. Think Charlie Sheen meets James Bond after a few drinks, and you get Sterling Archer.

The show is genuinely well written, with amazing jokes and on-point punchlines. The unique animation style only adds to the show’s appeal. The show has truly funny moments, and each character has his or her own lovable quirks. Witty quips and storylines make Archer one of the best-animated shows for adults!