Dish vs. DIRECTV: Who is the Best Satellite TV Provider? 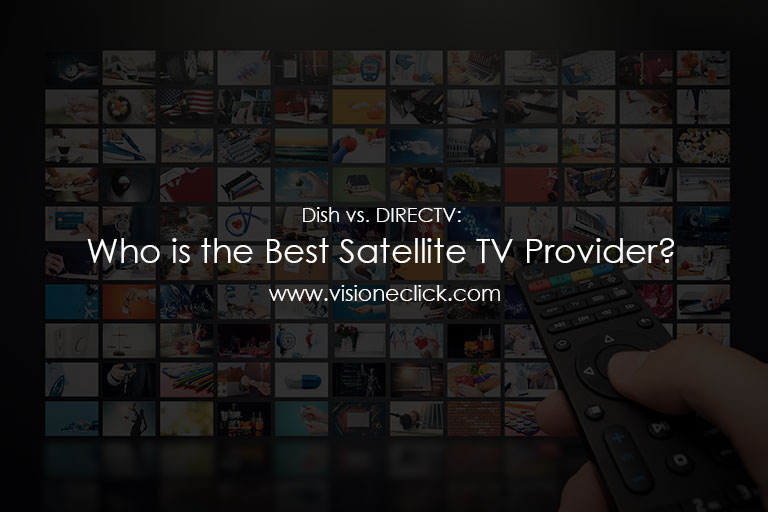 The mere thought of people sitting at one defined angle for hours with their eyes glued to the colorful TV screens comes across as unusual. It does not seem to fit in today’s world. A more relatable picture painted to describe the present era would not have Televisions in the frame. However, many people continue to live by the traditional ways and resort to Television channels and shows as their choice for entertainment.

Choosing between service providers then becomes a crucial decision. Here a detailed comparison of Dish vs. DIRECTV should come in handy. They have been compared based on the plans, pricing, packages, and channels for your convenience.

The Scoop on the Dish

The Dish Packages come in four different varieties. Here’s what is similar and unique to each package:

All the above packages come with HD Free for Life for an unmatchable picture quality and include local channels. You can opt to have six dish connections without any charges. Dish Anywhere app to allowing viewers to watch TV online is also a feature common to all the above-stated packages.

Apart from the basics included in America’s Top packages, viewers can opt for add-ons that include:

The cable TV packages come with HD channels as a default. The viewers do not need to pay extra for opting to watch their favorite shows or sports in high definition. Moreover, the company allows the viewers to watch more channels in HD than its competitors. The list of channels in HD includes Starz, HBO, Showtime, ESPN, and Disney Channel, to name a few. Not once will the users experience a channel blackout or a price hike for watching channels in HD or 4K HD.

The viewers get to experience channels in High Definition with 4K HD available to them as well. This system with its latest feature and slimmer design has been dubbed by CNET as ‘the most powerful and feature-packed DVR to date.’ Subscribers can opt for this system for paying a very minute amount every month. The users can pair it up with 4K Joey receivers and enjoy an in-house theatre experience. The device also allows the viewers to skip the annoying commercials and can store up to a whopping amount of 16 HD shows at once. Apart from that, it enables the subscribers to store up to 500 hours of HD programs.

You can even pair it up with Amazon Alexa or any member of its family to navigate through channels using voice commands. And if someone does not own Alexa, the Smart Voice Remote follows all your commands without you having to move a finger.

Having discussed all of the features that it has to offer, a Dish vs. DIRECTV comparison calls for a discussion on the latter’s similar features. The choice is then yours!

Do Not Underestimate DIRECTV

They offer more packages. The six deals are categorized as follows:

Let’s delve into the features that each package has to offer:

Local channels are included in all the above-mentioned packages. Apart from that, an HD DVR is included as a part of the deal in all DIRECTV packages without any extra cost.

A feature unique to DIRECTV is its collaboration with AT& T to offer various plans and deals to the subscribers. This feature allows the subscribers to enjoy nationwide calls with a crystal clear voice quality across the States. The three bundles offered are:

Genie has a little less to offer as compared to Dish Hopper 3 Whole-Home HD DVR. It can record up to five shows at one time and gives the subscribers 200 hours of HD storage. Apart from that, Genie does not come equipped with voice remote, remote control locator, built-in Netflix or the option to automatically record primetime shows on channels like ABC and NBC. However, its rival offers all the features that Genie does not.

Winner of the Dish vs. DIRECTV Trial

Having discussed the various features, the thing that bothers most of the subscribers is the value for money. And rightfully so. Although, subscribing to Dish packages mean paying a higher first-time amount, but it is cheaper than its counterpart in the long haul. Also, it does not increase package prices after a year of subscription. Whereas, DIRECTV does.

As far as customer service is concerned, both companies have efficient and well-informed reps. However, it might be ranked a place higher as AT&T U- verse customer service has been ranked as number one. That too eighteen times in a row!

Now, it is up to you to make a decision!