Everything You Need to Know About Face Off Show 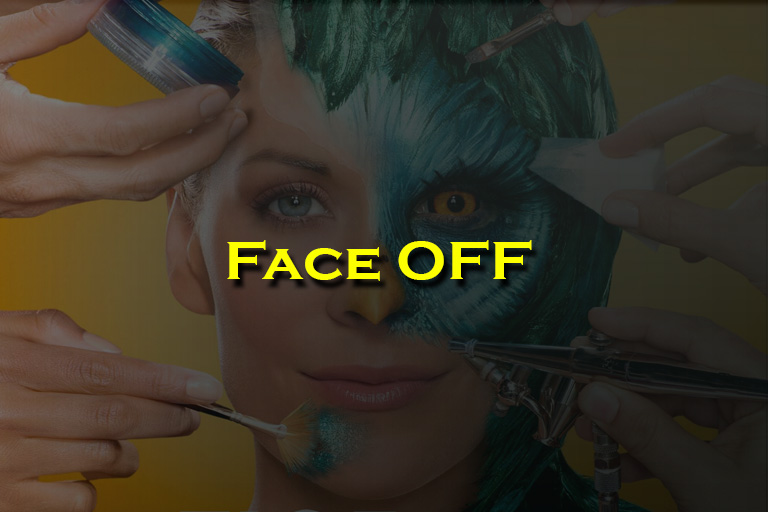 Craving for some quality reality TV content to binge watch in quarantine? If you love makeup transformations and special effects, the Face Off TV show is the best show to stream right now. In this show, various makeup artists from all over the world compete against each other.

The directors film the entire process of makeup transformation. It allows you to enjoy the process of creating the unique looks and keeps you hooked as well. This guide will discuss the history and the most brilliant features of this show. Read on to know more about this.

This game show was launched in 2011. Its primary purpose was to encourage healthy competition among prosthetic make-up artists. The horror and mysterious characters on the TV shows might have intrigued you. This show’s contestants bring similar characters and many more to live.

The show’s judges are special effects makeup artists themselves including Glenn Hetrick, Ve Neill, Patrick Tatopoulos, and Neville Page extra. The show almost has 13 seasons for now. And it has managed to air approximately 150 episodes. The Face Off show airs on SYFY and has managed to attract a huge audience.

The Competition and The Cash Prize

This is a reality TV show where several artists come together to judge the capabilities of amateurs. Approximately 14-16 Face Off show contestants take part in the competition. Each week, the burgeoning artists are presented with an exciting challenge. For instance, the first season’s first episode demanded the artists to create a new species.

This section will list all the amazing episodes that kept the audience on the edge of their seats. You can also stream these episodes online or on the SYFY channel. Read on to know all about these exciting episodes:

If you love Tim Burton films, you are surely going to love this episode as well. You might have watched several of his movies like Corpse Bride, The Nightmare Before Christmas, and Beetlejuice extra. This episode presents a scenario to the contestants. They have to come up with a character inspired by Tim Burton’s films.

Just like other episodes, this episode ran on the TV for around 42 minutes. It aired on 29th February 2012. In this episode, one contestant spends too much time on makeup. And some contestants miss their families. Finally, it is Rayce’s prosthetic brilliance that captures the audience’s attention the most.

This show is the season finale. And it features three contestants, RJ, Rayce, and Ian. This episode aired on the channel on 14th March 2012. This episode presents a unique challenge to the contestants. They must create makeup looks that belong to a specific genre. And they also have to train their contestants for a dance routine.

Just like before, Rayce’s unique theme and brilliant design manages to impress the judges. And that is why he becomes the season two’s winner. He also receives a $100,000 cash prize as a reward.

Season 7-Episode 15-One Knight Only

This is the season finale of season 7. This episode was aired on 28th October 2014. This season’s main theme is ‘Life and Death.’ And so in the series finale, the contestants have to give their best shots to make the theme stand out.

Finally, it was Dina Cimarusti’s prosthetics that impressed the judges the most. And Cig Neutron and Drew Talbot became the runner ups. You can subscribe to a reliable TV bundle like Spectrum Triple Play to watch this episode on your favorite channel.

The Best Looks On the Show

This show ran on SYFY for almost 12 seasons. And since the airing of its first season, it rapidly became a massive hit. The reason was that it dramatically captured the whole process of creating looks for horror and science fiction movies and shows. This section will discuss the best looks on this season since 2011. Some of the most amazing looks on Face Off were:

Season 4 of Face Off was all about demons and goblins. And so Anthony Kosar was one of the best artists in this season. He won many challenges back to back. And his best look was probably his version of ‘demon.’ He also won this challenge after winning the past 3 challenges. What was so unique about his look was the color theme, the prosthetics, and the reflection of an Indian goddess. He rightly deserved all the appreciation that he got from the judges.

This was undoubtedly the best look on the Face Off show. You can stream this episode on SYFY by choosing any of the reliable Spectrum cable packages. In this episode, both Tom and Conor worked together to create a unique ‘Elephant-man look.’ The series centered around the theme of introducing a new species. And Conor and Tom effortlessly pulled it off. The prosthetics were extremely realistic and the tusks and the trunk were in perfect proportions. This is why Conor went to become the season’s winner.

So, these are all the amazing features of the TV show Face Off. If you are looking for an amazing makeup-related reality TV show to binge-watch, this is the show you should opt for.