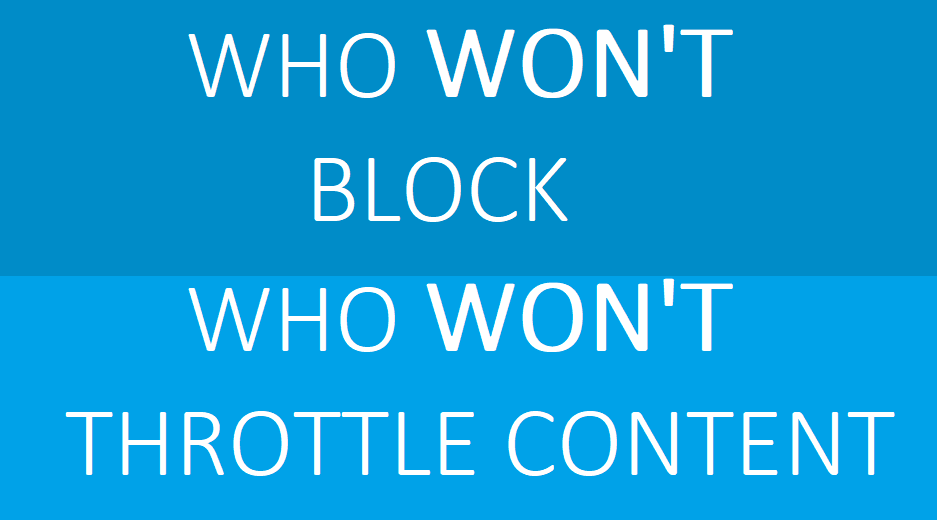 This was predicted! The Federal Communication Commission overturned a 2 years old set of rules that were passed during the Obama administration period. This, as stated, is for the protection of consumers – against bad behavior from their internet service providers, overriding protests from internet companies, and consumer groups.

The Federal Communications Commission’s action is being seen as a success for the cable and telecom companies! At the same time, it gave rise to strong criticism from consumer protection and fair market advocacy groups. The FCC’s decision

The current rules, which prevented ISPs from blocking the throttling content, came into effect in 2015. They were a set of regulations to address the rapid growth and change of the internet. These rules designated broadband service as a utility under the Communications Act. The rules provided the Federal Communications Commission with broad powers over internet service providers. The FCC-repealed Net Neutrality laws concern, in particular, the following rules:

The original rules prohibited internet service providers from discriminating against lawful content, including blocking any legal apps or websites.

Internet service providers were barred from slowing down data transmission speeds based on the nature of the content, provided that the content was legal.

Why is Public Worried?

Many are also concerned that pay-to-play deals between websites and internet providers put internet consumers at a disadvantage. Paid prioritization could mean that high-speed internet access would be limited to large corporations and media houses as well as affluent households. Everyone else would be in the internet slow lane. This could also pose potential challenges to small businesses and e-Commerce startups competing with larger companies.

According to the Federal Communications Commission, there is good reason to repeal the Net Neutrality regulations. The regulatory body cites the fact that the previous rules prevented large internet service providers like Comcast and Verizon from creating new business models to meet changing customer patterns. It also limits their ability to invest in new infrastructure and technology.

FCC Chairman Ajit Pai has long been a vocal opponent of the Net Neutrality laws. Chairman Pai has pointed out that prior to the regulations in 2015, no internet provider in the United States had engaged in any of the activities the rules prohibited. He also pointed out various instances of the internet economy booming without tough regulations in place during the Clinton era.

Chairman Pai also argues that repealing Net Neutrality is good for the American consumer. For one thing, it restores the Federal Trade Commission’s authority over internet service providers. The FTC is the leading consumer protection agency in the United States, so arguably, restoring its power over internet providers means better protection for internet consumers.

These regulations, as passed by the Republican’s 3-2 vote, needed stronger companies like Comcast and Verizon to confirm if they block websites or give priority to their own content. Which has been confirmed!

What Does This Mean for You?

So, the burden as for now is completely on the public’s shoulder. They have to flag for signs if any of the internet gatekeepers are to play favorites, by reporting to the Federal Trade Commission. (And unless this is reported – everything stays the same).

The good news, however, is that: major cable and internet providers are saying they won’t slow down any kind of legal content. Nevertheless, the change does allow internet service providers to charge more, especially the big broadband users of Youtube or Netflix.

Many states and local governments have made efforts to keep the Net Neutrality rules in place. So depending on where you live, you may not be affected at all. There is also the fact that several lawsuits against the repeal are still pending, which could result in a reinstatement of the rules again.

So the answer to the question about whether your internet bill will go up or end is simply this:

“Today’s action does not mark the ‘end of the Internet as we know it;’ rather it heralds in a new era of light regulation that will benefit consumers”.