What Channel is FX on DIRECTV? 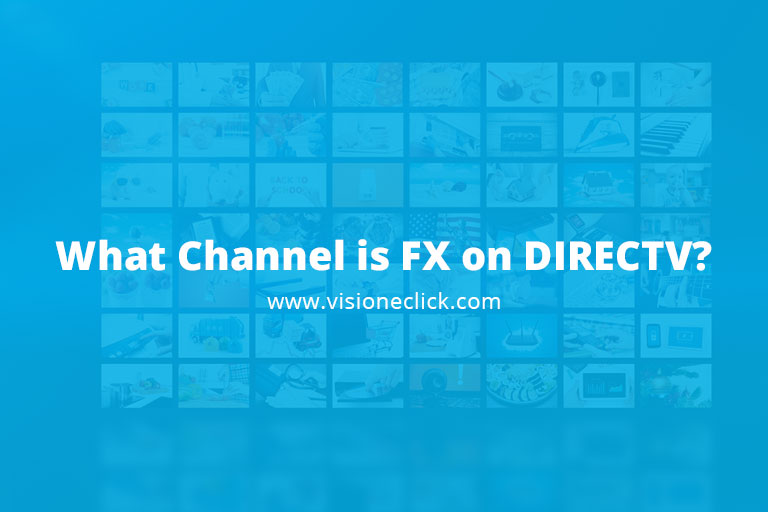 With so many amazing entertainment options today, we have become choosier. The multitude of channels and 24/7 programming which contemporary cable TV packages, like AT&T plans, have given us so many options. While it is great to have tons of channels and programming, in a way, this choice overload is also confusing. If you know exactly what you want to watch, it gets easier. For instance, for those who love mature themes and amazing performances, FX on DIRECTV is a great choice. But, for those who are into channel surfing, looking for something catchy, this over choice is a challenge!

Aren’t we always in search of more titles, which are promising and entertaining? For those who love crisp shows and movies, FX has a great deal to offer. If you love channels like TNT and HBO, you will definitely love FX too. It offers original programming and it airs shows from the major entertainment genres of action, romance, drama, horror, and so on. Let’s know more!

FX on DIRECTV – Know Everything About FX Channel

Launched first in 1994, the slogan of FX is “Fearless”. It is an American pay TV channel, owned by Walt Disney Company. Based in LA, California, it is one of the most popular and most-watched channels in the United States. The original programming by this network aspired to the standards of premium channels such as Showtime, Starz, HBO, and Fox Premium. They worked on mature themes and programming, high-quality direction, scripts, and acting. By 2002, FX emerged as a major force when it comes to original pay-tv programming. It gained both, notoriety and acclaim for edgy dramas.

FX also reruns theatrical movies and terrestrial TV network sitcoms. According to an estimate, FX is available to as many as 80.8% of the American households. Its sister channels are FXX, FX Movie Channel (FXM), Freeform, and others. These channels are also aired in various other countries.

Following is the channel lineup of FX on DIRECTV:

People also search FX West on DIRECTV. But it is not a separate channel. The aforementioned are the major FX channels and are available in most of the serviced states by DirecTV.

The credit of raising the quality of entertainment provision goes to AT&T and some other providers. With years of efficient services, smooth broadcasts, extensive, entertainment-rich channel lineup, and economical monthly billing schedules, it has given a tough competition to its competitors. Its two-doppelganger products are DirecTV and U-Verse. Whether you love movies, sports, shows, news, or reality TV, their packages have something to offer. If you love sports, SEC network covers all major sports events and leagues.

DirecTV offers customizable packages and plans to suit the entertainment needs of every kind of customer. With a variety of offered packages, it becomes easier to select the one that you prefer.

FX is an entertainment-rich channel. Some of its shows are critically acclaimed and widely followed. Once you start watching them, you will forget channels like CBS, Weather Channel. We can safely claim that it is one of those channels, which you can binge-watch without keeping the track of time. If you are looking for some promising titles to enjoy on your weekends or with friends, we are going to suggest some. They are from the entertainment genres of romance, comedy, drama, action, and so on.

The viewers wildly anticipated some of these shows across the globe. They have raised the expectations of viewers by making quality shows. Some of them are going on for years now. If you want to enjoy all these shows in pristine HD quality, get in touch with AT&T Customer Service of one of the best cable TV providers in town. Make sure you scrutinize the channel listings and ensure that you have FX, and its sister channels before subscribing to a package.

Channel number can be distinctive for your relegated zone. These numbers were taken from the official site and last reviewed May-2019.