What Channel is HBO on Comcast Xfinity? 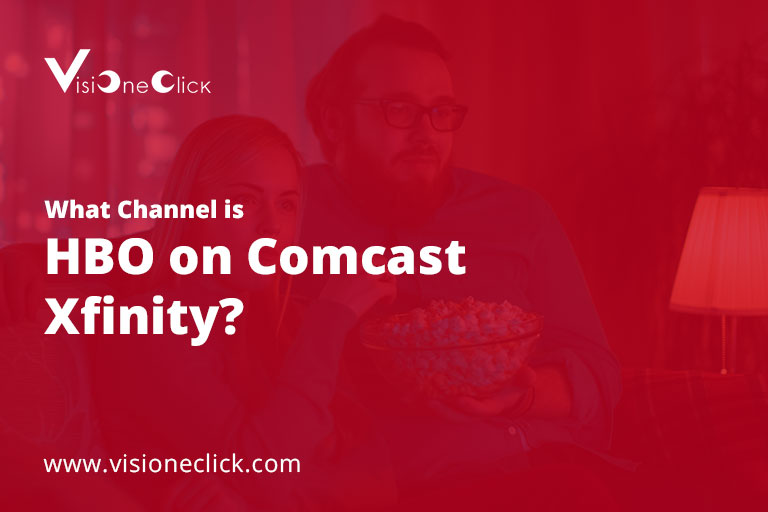 When it comes to premium entertainment, nobody does it better than HBO. The network has a history of carrying some of the most iconic TV to the revival of television in America. Over the years we have seen popular favorites like Deadwood, Carnivale, The Sopranos, and Rome. These shows tend to emerge and captivate audiences. So it comes as no surprise that one of the most desired channels in the subscriber’s lineup is HBO on Comcast. However, with the provider offering so many channels in its lineup, it is easy to get lost endlessly flipping channels. Luckily, this blog can help you avoid that without calling Xfinity customer care.

With the final season of Game of Thrones just around the corner, people are scrambling to get their cable lineup in order. Nobody wants to miss the ending of what has become arguably the most popular TV show of all time.

And that’s not all HBO has to offer. Sci-fi fans are hooked on HBO’s TV remake of the iconic 1973 movie Westworld. After all, the sci-fi drama poses a lot of uncomfortable questions about human failings like greed, violence, and lust. For those of you with a darker bent, there is the gritty crime drama True Detective, currently in its third season.

The entrepreneurs among you should definitely give Silicon Valley a look. Get your fill of the drama and intense competition behind the rise of the American tech industry. And this isn’t the only HBO channel in the Xfinity channel lineup.

HBO Zone has an audience base aged primarily between 18 to 34. The channel airs content aimed at a young adult following. This channel features programming that is aimed at an adult audience and is not a recommended watch for younger audiences.

The following table shows where you can find HBO Zone on Comcast as well as other channels in several popular markets:

HBO 2 is a separate, secondary channel launched in August 1991 that is part of the HBO network. The channel was renamed to HBO Plus in April 1998 but reverted back to HBO 2 in September 2002.

HBO has an entirely distinct schedule and features both made-for-TV and theatrical movies. It also features additional shows and special programming. HBO broadcasts recent films within the same week, along with professional boxing events as well.

It also rebroadcasts recent HBO originals that already aired on HBO within the same week. During daytime programming, HBO 2 on Xfinity also airs rated R movies, unlike the flagship channel.

HBO Comedy is best when you need light-hearted humor and quality laughs at the end of a long day. The channel, launched in May 1999, has a reputation for broadcasting some of the best quality comedy content in America.

It also broadcasts adult comedy specials and standups during nighttime programming. For sitcom lovers, there are many popular sitcoms like The Big Bang Theory which is also aired by CBS on Comcast.

HBO Family is the network’s family-friendly channel, aimed primarily at young children and families. The channel regularly airs shows and movies to an audience base comprising primarily of children. It also airs feature films that appeal to family audiences.

The HBO Family does not broadcast rated R content. HBO Family on Xfinity is one of the best entertainment options for families and young children.

However, some HBO promotions and substitutions do not carry over to HBO Latino on Comcast. The channel does air original programming from the flagship channel in Spanish. It also features popular Portuguese and Spanish series that air on HBO Latin America. In addition, the channel broadcasts Hollywood blockbuster movies dubbed in Spanish.

These are popular with audiences, along with Spanish language movies. The HBO Latino was launched in October 2000 and remains a hot favorite with Hispanic and Latin American audiences.

HBO Signature, previously known as HBO 3, airs content that appeals to a largely feminine audience within the United States. The channel regularly broadcasts movies aimed at females as well as HBO original specials and TV shows.

As HBO 3, the channel followed the same generic programming schedule as HBO and HBO 2. However, after rebranding in October 1998, HBO Signature on Xfinity shifted its focus entirely to a female audience.

What Cable Packages are Available?

Xfinity TV packages some of the most comprehensive entertainment options in the United States. The company offers a number of different cable packages. The popular ones among these include:

What Else To Watch on Xfinity?

ABC on Comcast is also available with all TV packages. The channel is one of America’s constant favorites and forms the cornerstone of American broadcast television. It is best known for soap dramas and specials like Grey’s Anatomy, The Fix, Whiskey Cavalier, and The View.

There are also a number of other channels that come with every cable TV package the provider has to offer. These include NBC, PBS, and FOX. The exact number of channels you get depends on the area you live in and the package you subscribe to. The exact channel numbers also vary according to your package as well as the city and state you live in. Check out the complete lineup to get an idea of what you get with your package.

Comcast has the biggest coverage footprint in the United States. It currently serves over 26.2 million customers as of 2018, and the number keeps growing. The provider has substantially improved both its products as well as service delivery standards. It now tries to offer a much higher service standard. Feel free to explore this blog to find other articles related to specific channels on Comcast.

Channel number can be different for your designated location. These numbers were taken from the official website and last updated April-2019