How DSL Works and What Determines Its Speed 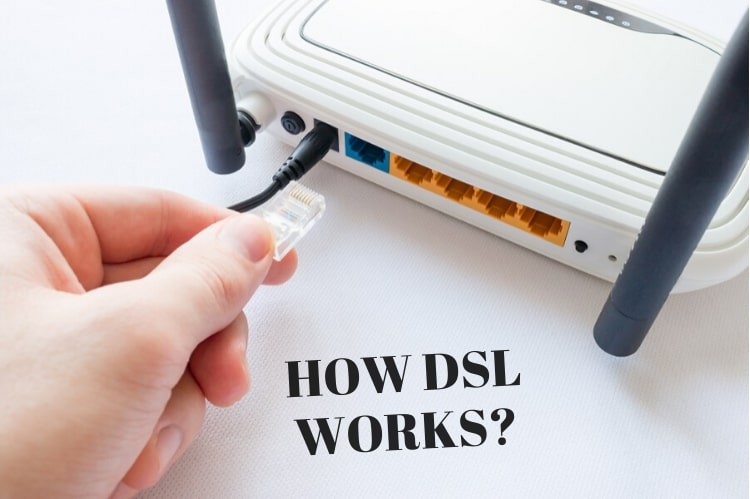 A DSL or Digital Subscriber Line internet connection is the original form of high-speed broadband. It works using, as the name indicates, a digital line that people subscribe to. DSL internet works using the same copper wire network as landline telephones to transmit digital signals along with audio signals from telephones. DSL providers offer digital lines to subscribers alongside a landline phone subscription. In some cases, you can opt for a digital subscriber line instead of a landline telephone.

Over the years, DSL internet has evolved considerably. This evolution was necessary to keep up with competition from cable and fiber internet like Cox service, both of which reach much higher speeds than basic DSL. The different types of DSL connections are summarized below:

VDSL has a much higher bitrate than ADSL or ADSL 2+. This gives it higher download speeds, usually up to 52 Mbps. VDSL is also asymmetrical, with maximum upload speeds around 2.3 Mbps.

Biggest DSL Internet Providers in the US

When Should I Choose DSL Internet?

Most internet subscribers in the United States have access to at least two types of internet services. Digital subscriber line internet is usually one of these options. Of course, most when it comes to DSL vs cable, most people choose the second option. But the fact remains that DSL internet reaches virtually all over the United States of America. If fiber, cable or even the best satellite internet in your area is not an option, DSL may be what you need.

Digital subscriber line internet is available virtually any place in the United States with access to a copper telephone network. However, when comparing speeds of DSL vs broadband, you need to know a few things. We saw above that DSL internet works by piggybacking on existing copper phone lines, which transmit data at slower speeds than cable or other types of broadband internet. But there are two very important factors that impact the speeds you get. These factors follow below.

One of the major factors that affect DSL speeds is the distance of your connection from the provider’s DSLAM or local office. Since digital subscriber lines transmit data over copper telephone wires, distance matters a lot. If you live within 1 mile of the provider’s local office, you should get the advertised speeds without much trouble.

Beyond 1 mile, the speeds start to degrade. You start having packet loss problems if you’re located more than 2-3 miles away from the local office. Beyond a 3-mile radius, the service degrades considerably. In most cases, DSL internet providers do not service neighborhoods too far away from the local office. You will get better speeds the shorter the distance is between you and your provider.

The type of modem and router you use can also have an impact on the DSL speeds your devices get. Older wireless router models lead to slower speeds and weak Wi-Fi signals in different parts of your home. You may need to wire certain devices like your computer or gaming console via Ethernet if you don’t want to invest in a good router.

Even if you don’t want a good router, you should still read up on the best DSL modems. Older modems transmit and receive data at much slower speeds than newer ones. If you have a faster connection, older DSL modems may not be able to keep up with the speeds. Often, changing your modem and router can lead to improved speeds inside your home.

Why DSL Internet Is a Good Option

Of course, DSL internet gets a bad rep in the broadband world because of its slower speeds. But that does not mean you should always choose Cox internet over a DSL connection. There are several reasons, even for suburban and urban subscribers to choose DSL over standard cable internet. The most important factor to consider is peak-time congestion.

Cable internet works using the same coaxial cable as your TV service. Where DSL is a direct line between your home and the subscriber, coaxial internet is a shared connection over an area. When cable internet providers advertise speeds, they don’t consider that everyone on the shared connection will use maximum bandwidth simultaneously.

But in practice, this happens a lot. When you and your neighbors get home from work and start streaming Amazon Prime or Hulu on your cable internet, you hog the bandwidth. Since a shared connection has limited bandwidth to share, too many users at the same time can lead to network congestion and slow speeds. DSL internet, on the other hand, is not a shared connection like your Cox bundles are. That means a DSL subscriber won’t have to face network congestion issues. This makes it a worthwhile option even if faster speeds are available.

What does a DSL do?

DSL works over the same copper phone lines used by your telephone service to transmit data.

Do I need a DSL for WiFi?

If you have a DSL modem and a wireless router, you can set up a Wi-Fi network in your home using DSL.

DSL internet is usually slower than fiber or cable but still qualifies as high-speed internet.  It depends on your subscription speeds.

Is DSL as good as broadband?

DSL internet is a type of early broadband internet.

DSL is older than other broadband internet types but is also more widely available all over the United States.