How Is Streaming Illegal? 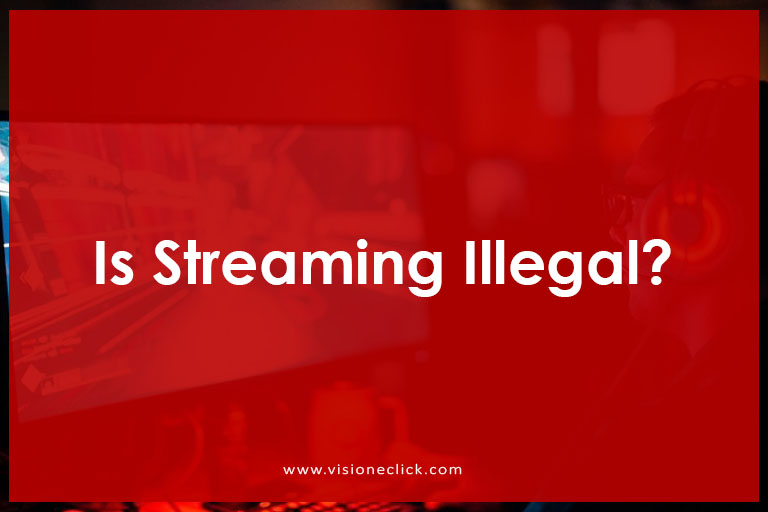 It hasn’t been long enough for anyone to forget the final season of Game of Thrones. The hyper-popular show had over 71 million viewers throughout the final season. A huge win for any cable TV show. But did you know over 75% or 54 million out of these people illegally downloaded or streamed their episodes? In 2014 Jeff Bewkes, a Time Warner executive admitted that Game of Thrones was perhaps the most pirated show in the world. While he was talking about the show’s immense popularity, the magnitude of pirated streams is staggering. This blog discusses how this can get you in trouble.

How is Streaming Illegal?

Watching Spectrum TV streams is very different from streaming pirated content. Then again, watching pirated content isn’t always illegal in every instance. However, it is still something we strongly advise against. The cases where you don’t get into trouble for illegal streams can be very specific to the facts of the matter. That means while there are a lot of grey areas, you should avoid pirated downloads or streams. Ask yourself this. If paying to watch something gets money into the creator’s pocket, should you watch it for free?

Let’s take a closer look at these areas below.

Over-the-top or OTT streaming platforms have changed the way people experience entertainment digitally. With more and more streaming TV devices in the market, there are bound to be more streams, both legal and illegal. The Copyright Act of 1976 deals with the duplication and distribution of content.

Technically speaking, watching an illegal stream does not violate the Act. This has been a point of contention many times in court. And of course, the changing internet landscape has forced lawmakers to adapt. But it is not exactly illegal to watch a pirated stream. Just watching it should not get you into trouble with copyright lawsuits. This is because the stream is not a public performance, which the Act covers extensively. Your only interaction with the stream is watching it privately. You are not copying it or distributing it any further.

The way streams work is that they create a copy of the fil you’re watching to act as a buffer. This is also called pseudo streaming or progressive downloads. Many people argue that since the stream does, in fact, create a copy of the content, it constitutes copyright infringement.

In courts, however, this argument hasn’t gained much traction. This is because the copy is so temporary that it is no more as soon as it is streamed. The US Copyright Office itself highlights the difficulty in drawing the legal line between an illegal and a legal temporary download.

Peer-to-peer file sharing, or for our discussion, streaming, can actually get you into serious trouble with the authorities. If you have used or still use platforms like BitTorrent, you are putting yourself at legal risk. Peer-to-peer streaming depends on users sharing content with other users. In this case, you are both a viewer and a broadcaster, which is illegal.

Streaming may not be an explicit violation of US copyright laws, but illegal downloads most certainly are. Bear in mind that an illegal download is nothing like downloading your content from Netflix, which is something you have paid for legally. Downloading pirated content means you are creating a copy of the film or TV show which you are not authorized to do.

There is no question as to the illegality of downloading pirated content. However, downloaders are unlikely to face severe consequences. The copyright authorities are more concerned with people uploading this content for further distribution.

Technically speaking, watching a pirated stream is legal. However, hosting an illegal stream is undoubtedly illegal, and can get you unwanted attention from the copyright holders. Individuals watching the stream are small fry, and there are so many of them that litigation would be endless. Instead, copyright owners go after people distributing the content illegally.

In such cases, hosting an illegal stream can get you into serious trouble. If you want to watch the next PPV UFC fight card, it would be best to stream it on the DIRECTV app the legal way. Streaming the fight to others for personal monetary gain will still be illegal, however. And you can be sure that copyright holders will make efforts to track you down.

Is Copyright Enforcement Civil or Criminal?

The government has some harsh penalties for people involved in illegal downloading and streaming. But offenders are more likely to face a civil suit than a criminal one. Copyright owners can sue you if you have been pirating their content on a medium to large scale. There are very rare instances of criminal prosecutions being initiated.

We live in a time where fast internet is widely accessible. This has changed digital entertainment consumption forever. It has also changed piracy operations and the laws that cover them. In such times, it is best to stay on the right side of the law and to avoid any activities that are digitally dubious. Again, ask yourself if the creator earns if you pay for the content you watch. If so, then paying to watch it is the right option. Otherwise, you may land in legal trouble that you could have avoided.