What Channel is the Laker Game on Spectrum? 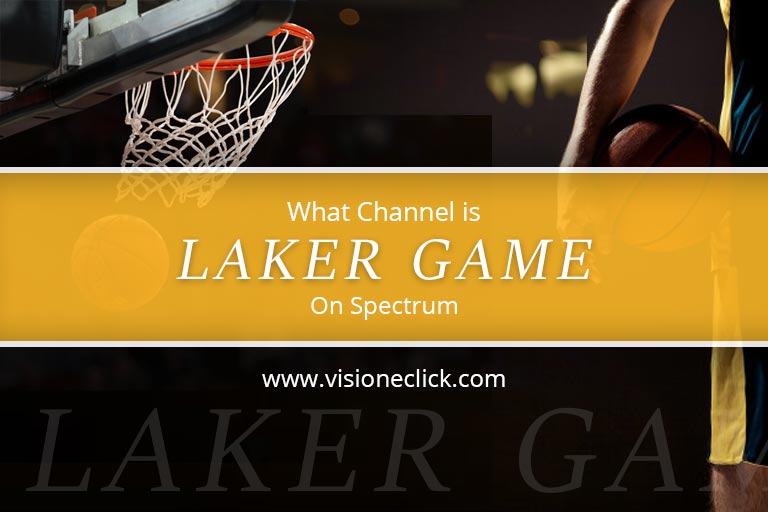 Nothing beats the joy of watching NBA games with your best buddies and family. After all, the game brings so much action and drama that will keep the viewers hooked. The Los Angeles Lakers are one of the most dominant teams of the sport. They have a rich history of winning major championships. Over the years, the team has provided many memorable moments to the fans.

The Lakers: A Little History

The team was initially called the Minneapolis Lakers before their name was changed to the Los Angeles Lakers in 1960. Since the team’s inception, they have gone on to clinch a whopping 33 Division Titles. Not just that but they have also won the Conference crown a total of 19 times.

The Los Angeles Lakers have lifted the NBA Championship 17 times. They most recently won the crown in 2020 when they defeated the Miami Heat, 4-2. This duel was held at the ESPN Wide World of Sports Complex in Florida. The games were played in the bubble due to COVID-19. It was an intense series and both sides gave it their best but when the dust settled, the Lakers emerged victoriously.

The team is currently being coached by Frank Vogel whereas Rob Pelinka is the general manager. The franchise is owned by Buss Family Trusts, Jeanie Buss, Edward P. Roski, Patrick Soon-Shiong, and Philip Anschutz, Edward P. The Laker holds the record for the most consecutive games won: 33!

How to Watch the Laker Game on Spectrum

The sports world was disrupted due to the current pandemic. The threat of COVID-19 caused the sports to halt. However, as the NBA has a strong following, it’s no surprise that the basketball action quickly sells out venues. Plus, the Los Angeles Lakers usually attract huge crowds with their stellar and nail-biting performances. However, as the pandemic is still very much there and the new season of the Lakers is going incredible, perhaps it will be the best time for you to opt for the Spectrum TV essentials.

Due to the Coronavirus, there have been a lot of changes observed. For instance, there are just a limited number of people allowed to watch the games. And in some cases, no crowd is welcomed.

This is all done to practice social distancing so that both the spectators and players could remain safe. But luckily for you, there are various Spectrum sports channels that you can catch all the action on.  You can find the Laker game on Spectrum thanks to the channels like Spectrum SportsNet LA, Spectrum SportsNet, TNT, and ABC.

If you want to enjoy a Laker game on Spectrum then SportsNet and SportsNet LA are two of the best channels where you can do so. This is because both are the official broadcast partners to the Los Angeles Lakers. If you are a true fan of the team then you would be ecstatic to know that this channel offers much more than just airing the game. Plus, you don’t necessarily have to enjoy it on the television.

If you are subscribed to any of the Spectrum internet plans then you access the channel on the provider’s official application. This app would let you watch this and any other channel on different devices whether it be a smartphone or a tablet. For now, SportsNet is only available in Hawaii, California, and Minneapolis.

Where Else to Catch the Action on Spectrum?

NBA TV is the ultimate channel for those who are a fan of the sport. This channel would not only broadcast games but would air exclusive talk shows and archival footage. You can get NBA TV with the Spectrum TV Gold and Silver packages. These two deals would also include other sports channels, allowing you to experience other games such as MLB. Who wouldn’t want to watch the Yankees play, right?

Plus, both Gold and Silver packages would offer you tons of entertainment channels as well such as Paramount Networks on which you can watch the popular show Yellowstone. However, please note that you will not find NBA TV if you subscribe to the Spectrum Select TV plan.

There are other options too which can help you find the Laker game on Spectrum channel such as ABC. This network frequently broadcasts the NBA games of the team in purple. Then there is TNT which also got the rights to air their games. Moreover, how can one forget about ESPN? This channel is dedicated to sports content, so you can tell that it would surely air the Laker games.

How Can I Find These Channels?

No matter which package you subscribe to, the best part about Spectrum is that it provides tons of entertaining channels. Therefore, finding a game such as the ones mentioned above could become somewhat of a hassle. However, there is nothing to worry about. The following table would help you figure out where to find them.

With how they outclassed the Miami Heat in the 2020 season to clinch their 17th NBA title, the Los Angeles Lakers appear to be in a dominant form. They will be aiming to bag another trophy this season. But will they be able to do it? You can find it out by watching their games on Spectrum TV!