Li-Fi Vs Wi-Fi: What’s The Difference? 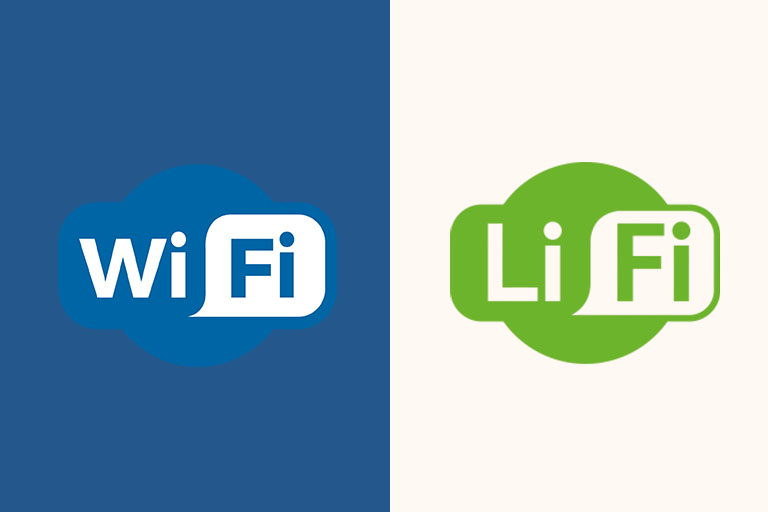 Wi-Fi is the most common form of wireless technology but do you know there exists another type of internet connection? Yes, it’s called Li-Fi which isn’t new. It was invented in 2011 in Scotland by the flickering light from an LED.

How it works, what are its application, is it better than Wi-Fi for streaming? Tag along to get all these answers.

Li-Fi stands for light fidelity and it’s also known as visible light communications systems. It’s a little similar to Wi-Fi as it transmits data electromagnetically. The only difference is Li-Fi runs on visible light waves and Wi-Fi runs on radio waves.

In Li-Fi, solid-state lighting such as an LED light is used for data transmission. The data is fed into the LED light bulb which then sends this data to a photodetector at a rapid speed. The LED bulbs start dimming. That’s when the receiver converts the energy into electrical signals.

Wi-Fi or wireless fidelity is a networking technology that uses radio waves to create a wireless connection. It all starts with a signal received from the internet via a cable modem. The cable modem connects itself to the wireless router.

Wi-Fi technology became popular because it allows multiple users to connect at the same time without relying on physical wires. It’s fast, steady, and covers a wider range. That’s Spectrum home Wi-Fi service is found in every other household.

Detailed Comparison of Li-Fi Vs Wi-Fi

Li-Fi produces 224 gigabits per second but does that leave Wi-Fi in the dust? Not really. The signals produced by Li-Fi cannot pass through walls. That means to enjoy complete connectivity, you will have to install LED bulbs throughout the home. Not to mention, the LED bulb must be light up at all times for seamless connectivity.

If there are no bulbs, there won’t be any Li-Fi Internet. In other words, Li-Fi’s public access is limited as compared to Wi-Fi. To learn the difference between these two technologies and dig Li-Fi vs Wi-Fi a little deeper, let’s consider the following matrices:

The spectrum for Wi-Fi ranges to almost 5 GHz. Li-Fi’s electromagnetic spectrum clusters to 500k GHz. In other words, the frequency range of Li-Fi is limitless. So, if you’re wondering about Li-Fi vs Wi-Fi speed, Li-Fi is capable of transmitting a huge amount of data and accommodate multiple users at a given time.

Wi-Fi uses radio waves whereas Li-Fi uses light waves. Both technologies differ in terms of signal penetration. Their ability to pass these objections is not the same. Light waves are hindered by concrete walls because the waves are small. Radio waves can pass through walls because they are much larger in wavelength.

Light waves are capable of passing through water but radio waves don’t. That’s why Li-Fi is very useful in military, IoT, and similar other industries.

Of course, Wi-Fi is more mature hence, it’s widely used. It’s established and stable. Standards are available to which the manufacturers and industrialists adhere to. Even though Li-Fi has been around for a while, it’s comparatively new.

An LED’s transmission range is up to 10 meters. If LED bulbs cover a wider area, the coverage range increases. The effective coverage range for Wi-Fi and Internet is 30 meters.

Wi-Fi remains the undisputed champion in transmitting data which is why internet service providers rely on this technology. It might take a few years to explore the benefits of Li-Fi. Have a look at the Li-Fi vs Wi-Fi comparison at a glance through this table:

Both technologies are great in their respective places. In the debate of Li-Fi vs Wi-Fi speed, LED bulbs win but the technology isn’t mature enough to be widely available or acceptable. Scientists and some industrialists might be using Li-Fi but right now, Wi-Fi rules.

What Does Wi-Fi Stand For?

No, not anytime soon. Despite the speed and privacy benefits, Li-Fi cannot replace Wi-Fi because LED bulbs need a source of light to operate and in some scenarios, power is not available.