What Channel is NBC on Optimum? 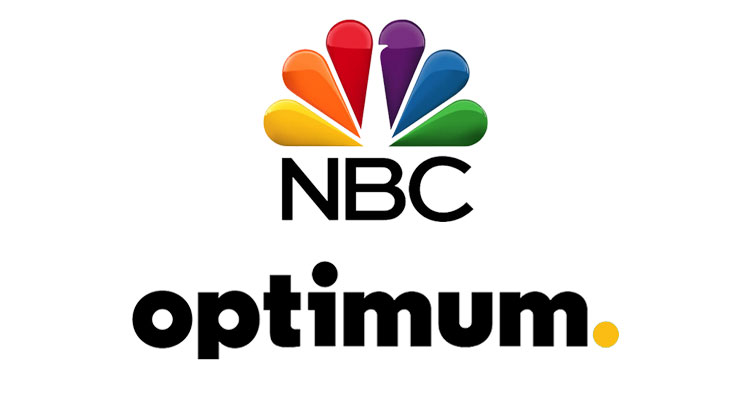 NBC stands for National Broadcasting Company and it is an American commercial and terrestrial TV network. The channel hosts some of the most anticipated shows in the history of the United States. NBC on Optimum is aired in pristine HD quality in all of the serviced states.

The channel is a flagship property of a subsidiary of Comcast, NBC Universal. The network is crowned as one of the Big Three TV Networks in the country. It is also known as the Peacock Network in reference to its peacock logo. The logo was designed to promote the innovations of the company regarding early color broadcasting. In 1979, it became the official emblem of the network.

NBC on Optimum – All That You Need to Know

NBC is one of the oldest TV networks in the country. It was first launched in 1926. Today, NBC owns and operates 13 different channels and has around 200 affiliates in the United States alone. You watch all these channels with Optimum channel lineup. The following are the channel numbers for NBC in some of the cities and states.

With Optimum cable, you will be able to enjoy all these channels in high picture quality. And tuning into these channels is made effortless with the aforementioned table and channel numbers.

The network is huge. And it caters to a good variety of content and entertainment genres. Sports is one of them. The channel airs sports tournaments and events such as:

And the list goes on. You can catch NBC Sports Network on Optimum to enjoy all the action-filled moments in high definition.

The content of this channel is focused on the Spanish-speaking communities in the United States aged 18 to 49. The programming is tailored toward bilingual audiences. It comprises of sports, reality series, music, scripted series, and so on. NBC Universo on Optimum is aired in every serviced state for the Hispanic community to enjoy their preferred entertainment.

Some Great Shows on NBC

NBC has hosted some of the longest-running and crazily anticipated shows in history. Some of the shows, which deserve a separate mention are America’s Got Talent, The Voice, and so on. Even HBO has got nothing on these. Some other names are as follows:

And the list is never-ending. With one of the Optimum deals, you can have the advantage of a DVR and you can watch the missed episodes at your leisure time. Some NBC shows, which should be termed as trendsetters, earning a following of millions across the globe, are as follows:

The show has perhaps provided the biggest platform for undiscovered artists, dancers, singers, musicians, magicians, ventriloquists and so on. The celebrity judges have managed to keep the show thoroughly refreshing and entertaining through the decades. Simon Cowell has been a constant talent manager and critic for the show and people love his blunt and rather controversial comments.

Every season ends with the winner earning himself a whopping $1 million prize. And he wins people’s hearts too. Contestants have appeared from over 184 countries to join this fray. The said reality show has successfully completed 14 seasons to date. Channels like Lifetime, CW, National Geographic and others have been trying to produce an imitation of the show but no one has yet reached that level of excellence.

One of the most popular shows that revolved around the big-time corporate lawyer of Manhattan, Harvey Specter and of course, his team. Starring the Duchess of Sussex, Meghan Markle, makes it a big enough reason to watch the show if you haven’t already. The plot takes interesting turns when this cooperate team faces fiery relationships, betrayals, uncovered secrets and so on. It is rated 8.5 out 10 by the IMDb.

To catch all the NBC channels in pristine picture quality, get in touch with your provider’s customer support and ask about the packages, which include these channels. Enjoy the entertainment-rich channels to your fullest!