What Channel Is Newsmax on Spectrum? 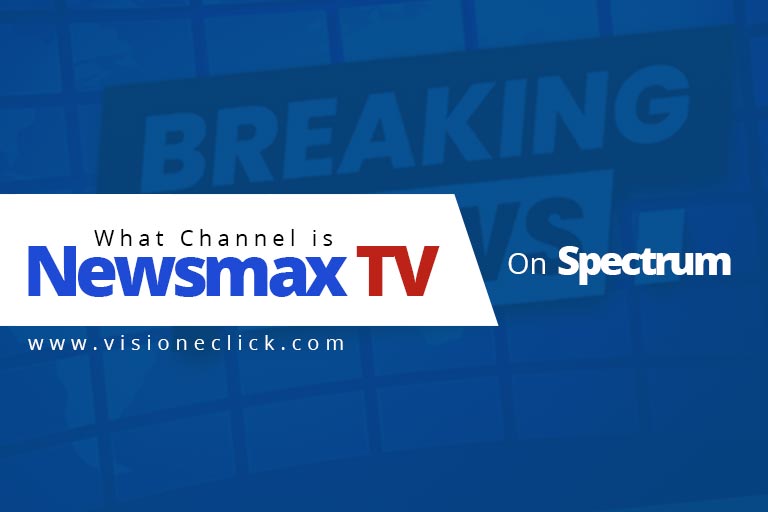 What would a day be like without knowing what’s going on with the world? Luckily, there are channels like Newsmax that keep the viewers informed of all the latest happenings. In fact, many American households start the day by tuning into this channel. You will be excited to know that you can find Newsmax on Spectrum. This means that you will be getting your daily dose of news and that too in high definition. It doesn’t get any better than this!

Christopher Ruddy founded the conservative news network, Newsmax in 1998. The channel also has a website NewsMax.com. The site has four sections i.e. Newsmax, Newsmax world, finance, and health. Each of these sections is further divided into subsections.

As this news channel started to gain some popularity, Ruddy tried to position it to rival Fox News. He even hired the former Fox News hosts Rob Schmitt and Greg Kelly. This network has become home to scandalized celebrities or personalities who are not welcomed by other channels. Acknowledged as the strongest conservative voices online, Newsmax media publishes its own magazines as well. The company has been described as a potent force in U.S. politics by none other than The New York Times.

Shows to Watch on Newsmax on Spectrum

If you like watching conservative and political news then having access to the Newsmax channel on Spectrum is a must! Why? Well, simply because the network offers a lot of exciting shows that you will surely love to watch. So, without any further ado, let’s explore some of them.

The veteran broadcaster, political analyst, and author Chris Salcedo has his own show on Newsmax. In this program, you can expect him to confront biased media. He will also be giving his views on hot topics. This show is certainly a good alternative if you can’t find anything to watch on TV One.

This show isn’t really political. Instead, it is a sit-down with the founder of Susan G. Komen, Nancy Brinker who invites some of the most influential and powerful personalities to chat with them. It is a good program that will keep you hooked.

Produced by the USA Network, Political Animals is a mini-series that stars the famous American actor Sigourney Weaver as the first lady Elaine Barrish. The series is about her as to how she attempts to run for the presidential election but fails. She then becomes the secretary of the new president. It is a comedy-drama miniseries that will make you want to have Newsmax TV on Spectrum.

The famous news anchor, John Bachman brings the day’s biggest story in the limelight on his show John Bachman Now. He provides the audience with a vivid picture of the story and discusses the matter with guests and experts as they provide analysis and insights. This show is an ideal option for you if have run out of content to watch on MSNBC.

If you are a fan of this network then you might as well be interested in learning some interesting facts about Newsmax. Here are a few of them that you should know about.

Newsmax focuses more on hard news as compared to its competitors. Plus, the channel wishes to attract a young audience with its interesting shows. Christopher Ruddy even recruited Rob Schmitt who was in his early 30s at the time to build a following among the young viewers.

2. It Has Been Present for Over Two Decades

You would be surprised to know that Newsmax media has been around for a little over two decades. The founder and CEO of the network, Christopher Ruddy wished it to become the Fox News of the online world. In 2014, Newsmax TV was launched. Today, this channel airs in more than 70 million households across the United States.

3. Newsmax is Not for Sale

Although Ruddy has received offers, he doesn’t have any plans to sell Newsmax. In fact, he is dedicated to grow his company even more and to make it a powerful news outlet both online and in the TV world.

4. A Potential Competitor of Fox News

Yes, you can find Newsmax on Spectrum! But what you may not know is that the network is also available on other devices such as Roku. This channel is performing exceptionally well in terms of ratings but it is still behind Fox News. Ruddy plans to change that and is working to make Newsmax the ultimate news network.

Deals That Include Newsmax TV on Spectrum

Newsmax is not on Spectrum TV Select! Therefore, the users who are already subscribed to this deal or for those who want to opt for it, you will not be able to find this channel. This network is only available on Spectrum TV Gold and Spectrum TV Silver packages. The Spectrum channel lineup for both of these plans is quite impressive. Apart from Newsmax, you can expect to find other networks like CNN.

Where to Find Newsmax Channel on Spectrum?

Are you wondering what channel is Newsmax on Spectrum? Well, there is no need to worry! Just have a look at the table below to find out the channel number in your state.

Newsmax is dedicated to bringing all the pressing matters and important news into the limelight so that you can be aware of all the latest news. Plus, having Newsmax on Spectrum will allow you to enjoy the content in HD. If watching this channel is not enough then you can head over to its website to find more news. Of course, you will need a better internet connection to do that. So, why not opt for one of the Charter Spectrum packages by calling 1-866-200-8303. It will make your browsing experience much friendlier and smooth.

Is Newsmax on Spectrum?