How do Nielsen TV Ratings Work? 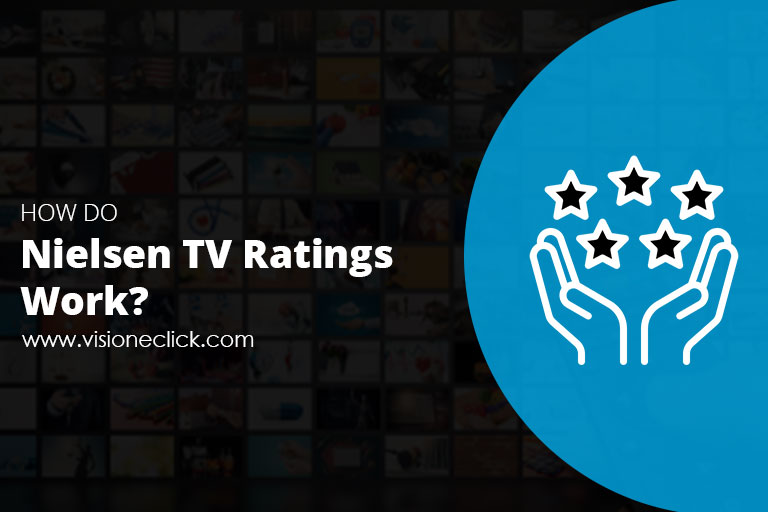 Nielsen Ratings – How do they actually work?

The Nielsen rating system is an 8-step process that involves surveys, random sampling, software, and data analysis. The rating process has evolved continually over the years. Technology has changed, opening up new challenges for accurate ratings. Then there’s the fact that there is an entire generation of people who don’t watch TV in the traditional way. Cord-cutters present their own challenges to Nielsen. However, we will get to that later. First, let’s look at how the rating process works:

Sounds like a lot to digest, doesn’t it? Don’t worry, we will be looking at each step in turn. Let’s begin.

The company recalculates its population and sample set every year to continue to provide accurate data to TV networks.

Next is the installation of the people-meter in the sample households. This piece of technology usually gets installed on every working TV in the household. What it does is gather data on the TV viewing habits in the household.

However, Nielsen doesn’t just waltz in and install hardware on all working TV sets in your house. First, it sends a letter to all of its prospective households. The letter explains the methods and information that Nielsen will collect using them. The letter also explains the importance of participating in the sample as a Nielsen household. In return, households usually get a small “Thank You” gift for agreeing to participate. This is not an effort to “pay” for viewer ratings. It’s only a small compensation for the time and trouble the household takes to become part of the process.

Households have the option to decline, in which case Nielsen will contact an alternate home. The process is statistically clinical, so alternate households can cause some deviation from the actual results.

Every night, between 2:00 and 6:00 am, the people-meter transmits the data it stored during the day to Nielsen. The people-meter is both a metering device as well as a reporting device. All individual people-meters in a household network together with a single home unit. Every night, this home unit uploads the data on viewing it collected, based on the 5 data types listed above.

Subscribers to Nielsen can download the last day’s consolidated data. These are the ratings that we discussed above. The data also presents a number of other information points. The major metrics that Nielsen provides include:

Ratings of a particular program, which is a percentage of total households with a TV.

The share of a particular program, which is the percentage of households watching a TV show out of total households with a TV switched on.

Cume, which is the cumulative audience or reach of a particular program

Frequency, the average number of times people watched a particular program during a specific time-frame.

GRP or Gross Ratings Points, which is the total viewing audience for a particular program or ad during a specific time-frame.

AQH or Average Quarter Hour, which is how many households had the average minimum TV time during a specific 15-minute period of viewing.

By now you should have a clearer idea about how Nielsen ratings work. This means you must also have a clearer idea of the more pressing challenges the rating system faces. Online platforms and mobile apps offer more avenues for entertainment. Netflix, Amazon Prime, Hulu, and many other streaming services have disrupted traditional TV viewing. There are a ton of TV apps like HBO GO and HBO Now, that let users take their entertainment mobile. The cord-cutter generation poses a number of challenges to traditional TV networks as well as rating systems. Nielsen is already adapting, evidenced by Nielsen Twitter Ratings and partnering with SocialGuide. How the future plays out is anyone’s guess at this point.