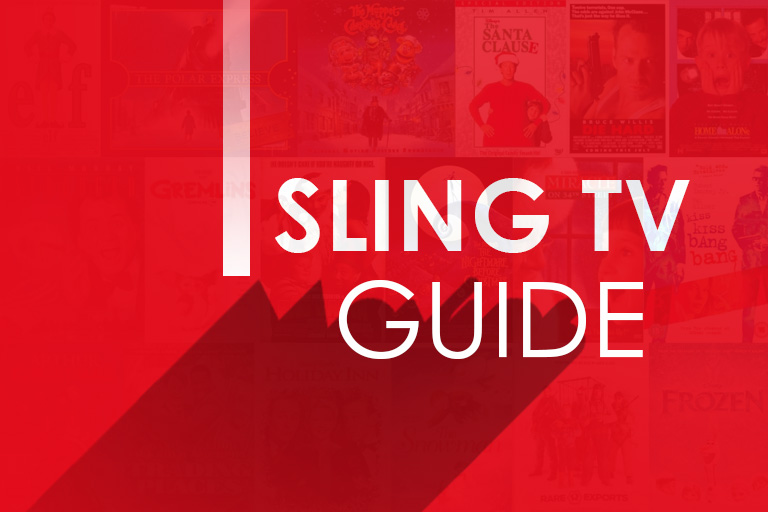 Hoping to get the most value for money after cutting the cord with your cable subscriber? Sling TV might be exactly fit your entertainment lifestyle.

This streaming service provider has the perks of traditional TV. Multiple plans and add-on channels, modern features such as Cloud DVR, video on demand and live broadcasts from top-rated networks like Disney, ESPN, etc. are available. All this at an unimaginably low monthly price!

Sling TV is one of the top streaming TV providers of all time. It is similar to Netflix but the shows are available to watch as they broadcast. It’s a monthly subscription service however, it’s also very similar to cable because of its channel packages.

But one quality that makes it better than cable is the price. No need to rent a cable box either. Enjoy streaming the channels you love at a fixed monthly bill. Plus, you are free to revoke the subscription anytime without getting penalized.

Should you prefer a huge channel lineup, you can also combine Orange and Blue at the price of $45 per month.

The channels in Orange and Blue plans largely overlap but a few key differences differentiate one from the other. Let’s dig into the details of these three plans.

The Orange plan gives you access to 30 channels. Some channels overlap between Orange and Blue whereas some are not a part of Blue. Orange is a single stream service. Only one device can stream at a time.

It’s ideal for households sharing a single login to stream TV together. When other services such as Hulu TV have raised their monthly prices, Sling Orange is an affordable option for many households.

The channel lineup reveals what you’d get at $30 per month:

Sling Blue brings 15 additional channels as compared to Orange. You may not get Disney channel and ESPN but it’s a compromise anyone would be willing to make then they are getting 45 channels, right? Blue carries a good mix of kids, lifestyle, reality TV, news and sports channels. It’s the best option for families.  Plus, up to 3 people can stream at the same time.

Check out the channel lineup of the Blue plan:

Combing the two together, the Sling Orange + Blue package offers 53 channels. The unique channels from Orange and Blue are combined at the cost of $45 per month. Three users can stream at the same time.

However, as per network agreements, some channels support a single stream only. For instance, channels unique to Orange can be streamed on one device at a time only.

To make sure former cable TV customers don’t miss shows they used to enjoy on AT&T TV or other providers, Sling TV has plenty of add-on channel packages.

A La Carte TV is always entertaining. You get to personalize your channel lineup by adding a group of channels to the base package. But there is a catch. The base package determines which channels you are eligible for as add-ons.

Let’s say you are a sports fan and the Sling Orange plan doesn’t cover your favorite sports channel. With the sports add-on plan, all your streaming demands are covered. Most channels cost $5 a month but if it’s a premium channel or an international channel, the monthly price would slightly be higher.

Let’s explore the add-ons one by one:

At an additional cost of $5 a month, you get the following sports channels in your base package:

Both Orange and Blue include Comedy Central but if you would like more, at $5 per month, you get up to 9 amazing comedy channels. Fortunately, you can add all of them regardless of your base package.

If you have preschoolers at home, you would need more kid’s channels other than Disney. Here are your options. The kids add-on feature costs $5 a month.

At the price of $5 a month, extend your base package with up to 24 additional news channels. These are your options:

Fan of Hollywood movies? Get these channels on Orange or Blue at $5 per month.

This category is for those who love outdoors, fishing, hunting, and other recreational activities. All channels are available as add-ons on Orange and Blue for $5 per month

Top streaming TV providers wouldn’t be so great if they didn’t have premium channels that too at a price affordable than cable TV.

Luckily, for cord-cutters, this streaming service provider has a variety of premium channels to offer. You can’t have HBO and Cinemax though.

Check out the options and availability as per the base package:

What are the Compatible Devices?

The Sling app is compatible with a variety of devices. Enjoy streaming on your PC, smart TV, smartphone, gaming console, tablet, laptop, etc.

Get Yourself DVR Too

The debate of getting DVR with your cable/streaming service is as real as the debate of OLED vs QLED TV. Sling gives its customers two options when it comes to DVR. First is the free cloud DVR. It comes with 10 hours of storage.

If you would like to record more shows to watch later, the second option offers up to 50 hours of storage. It costs an additional $5 per month.

Without a doubt, Sling TV is a fair deal for anyone who cannot afford cable. Its extensive channel lineup is an entertainment extravaganza for all.

Prices and availability depend upon your location. These packages were taken from the official site.