The Coolest Vape Tricks You Need to Try 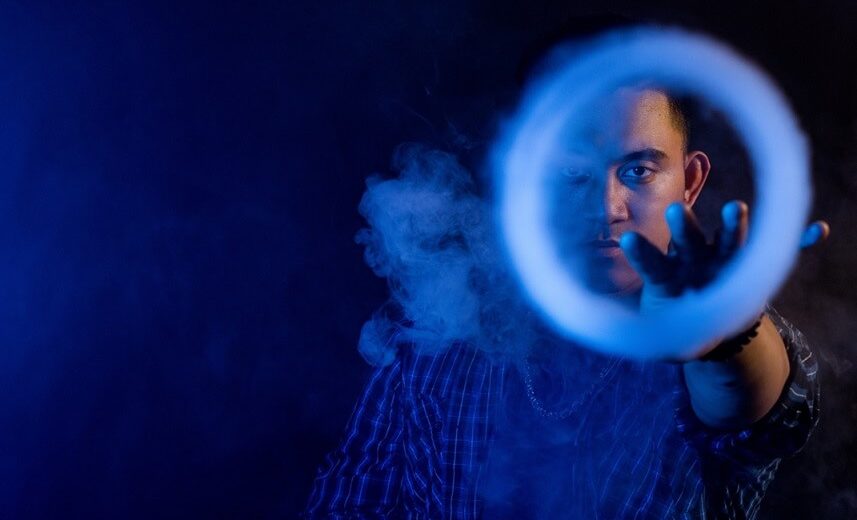 Ever stopped to wonder how people do vape tricks? Do vape tricks amaze you? Is it something you’d want to try? If yes, then you don’t have time to waste. The tricks that people do may at times seen difficult to copy. Other tricks seem to need lots of practice to perfect, something that most people shy away from since they think the tricks are risky.

A common opinion is that you may face the risk of choking when you aren’t good at it and this has some truth in it. Promising that you are safe wouldn’t be a good idea. However, there are measures that people take to reduce these risks. But before you decide to look for these measures, it’s essential you recognize the coolest vape tricks worth trying.

Whether you’re new to vaping or a vaping connoisseur, you’ll want to try some of the coolest vape tricks that’ll make everyone else jealous. Read on for top vape tricks.

Making O’s is the starting point of training yourself in learning more vape tricks and mastering the most complicated ones. Making O rings is pretty simple for most of the individuals who set out to pull the trick. The steps towards blowing O’s start from inhaling a large volume of vapor, the more the quantity you would inhale.

You must keep the vapor in your lungs for a short while as you shape your lips into a rim form and thereafter, you’ll need to cough out the vapor in small portions, coughing it all out won’t give you the desired results.

As you cough, the vapor comes out in O shapes until all the vapor that you inhaled reaches depletion. You might want to practice this stunt a number of times in order to give the perfect O rings.

This particular vape trick assumes the name “Dragon” because doing it requires you to take the appearance of a dragon. Those who tried it have varied opinions. Some say it is the easiest trick of all while others say that it is the hardest trick of all. There’s only one way to be sure. Go ahead and try it yourself.

What the people who do it agree is that the most important thing is having a quick reaction after inhalation and the faster you react, the easier the trick is. While the slower your reaction, the harder it gets. For the dragon vape trick to be a success, you need to exhale the smoke out through your nose and at the edges of your mouth at the same time.

Try closing your lips tightly at the middle for better results.

The liquid mist trick is a common vape trick done by bartenders. It’s called the liquid mist because it involves vapor floating on top of a drink. The trick works best when the drink is cold and for people new to vape tricks, this may appear fascinating.

In a real sense, the liquid mist vape trick is one of the simplest tricks you could ever try as all you need to become a star at it is a cold drink in a glass. The way to go about it is simple as you will need to inhale some liberal amount of vape, then place your lips tightly at the tip of the glass and exhale the vapor.

The smoke will float on top of the drink in the glass. It is as simple as that. The glass may appear as one outside of this world. But it’s only smoke on top of a cold drink. To get the best results, consider using the best possible CBD vape juice – reviews for which are plenty on Daily CBD. Learn more about full-spectrum CBD vape juice here and other full-spectrum CBD products on the official Royal CBD website.

This particular trick is interesting to watch. If it is your first time seeing it, you may not believe that an actual person is behind it all but the truth is, it is one of the easiest tricks and the neatest of all. It involves whipping a pool of smoke exhaled uniformly on a level surface to create a ripple effect.

The ripple effect causes the vapor to spin and assume the shape of a mini tornado. You can go ahead and give it a try by inhaling a huge amount of vapor, then place your head at the edge of the table surface and exhale the vapor and use your hand to chop the vapor in an upward motion.

It’s as simple as that, worth trying right?

Most of the individuals who enjoy doing vape tricks agree that the jellyfish vape trick is the hardest among all the tricks and the most impressive. With that said, it would be an outrageous lie to tell you that you can easily do it as most people who can do it are considered “professional vapers”.

Well, you can do it with practice as such a trick requires lots of practice before perfecting. To master the art of doing the Jellyfish vape trick, you must first learn to do the O rings. The jellyfish vape trick is all about making the O rings with a bias to regulating the sizes of the rings.

You first have to make a big O ring using the vapor then make other small O rings within the big one. While making the smaller rings, make sure you reduce the size of the rings as they come out of your mouth as it is only through doing so that the vapor will take the form of a jellyfish.

Consider reducing the circumference of the rim of your mouth from one O ring to the next.

Are You Now Well Informed About the Coolest Vape Tricks?

Fancy being good at vape tricks? Go on and practice the listed tricks and have the most enjoyable time possible. If you are looking for movies to watch as you vape with your friends or just alone, be sure to check out our page for the latest channels and updates.