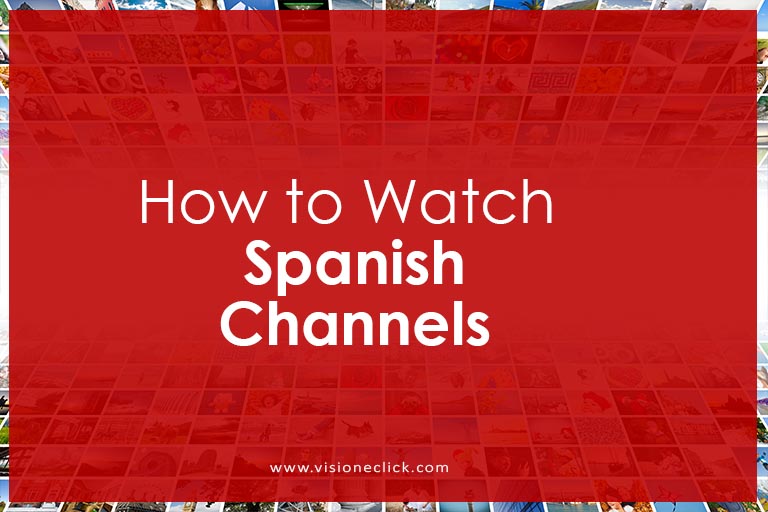 How to Watch Spanish Channels on Cable TV

The American Dream and way of life has attracted many people from all over the world to come to the land of opportunity. Different cultures that immigrants brought with them flourish in the United States. Thanks to an unshakeable belief in equality, justice, and humanity, America is home to many 2nd and 3rd generation immigrants from all across the globe.

While the American entertainment standard is usually of the best quality, many people still prefer programming from their ancestral homes. Such as America’s vibrant Latino community who love watching Spanish channels. This blog explores how you can get these channels from some of the most popular cable providers in the United States.

How to Watch Spanish Channels on Cable in the United States

In the US, Spanish is the most spoken language after English. Many Latin Americans hail from Spanish-speaking countries like Mexico, Ecuador, Costa Rica, Cuba, and several others. As a result, many cable leading cable providers offer Spanish-language programming. However, for someone new to the workings of American cable, getting these channels can be confusing. This blog explores how you can watch them on the following cable providers:

Let’s look at these providers right away.

AT&T offers satellite television services under the DIRECTV brand.  Incidentally, the provider offers some of the best Latin programmings in the country. Since satellite technology has advanced considerably, it is more suited to watching broadcasts from other countries as well. The provider offers packages ranging from DIRECTV Select to DIRECTV Ultimate and above. Each package includes the provider’s Genie DVR that offers up to 5 simultaneous recordings. The provider also includes the following Spanish language bundles:

Each bundle comes with a carefully curated selection of Latin channels that appeal to a wide Spanish-speaking audience. For information on the channels included, speak to a representative at AT&T Customer Service at 1-855-850-5973.

Spectrum is one of the largest cable and internet providers in the country. The provider has a number of Latin-language plans that it groups under Mi Plan Latino. The lineup includes the following categories and channels:

The provider offers 3 regular plans starting from the Spectrum Select Package that includes 125 channels. The Mi Plan Latino Select, by contrast, has more than 130 channels. These include over 80 Latin channels for subscribers. For a complete list of channels included, don’t hesitate to reach out to Spectrum Customer Support at 1-866-200-8303.

Optimum is another popular cable TV provider that offers Spanish language programming. These plans are called the Hispano and Espanol plans. The provider offers more than 50 Latino channels with Optimum cable packages, which include the following:

For more detailed information, contact a representative at Optimum Customer Service at 1-866-977-8129.

Of course, if you’re a cord-cutter, you’re probably less inclined to get a cable subscription. Luckily there are plenty of streaming services that offer Spanish programming that you can subscribe to. You can watch Latin channels on any supported streaming device using the following platforms:

Yes, Roku will allow you to watch Spanish programming from a list of channels.