What Is Fiber Internet And How Is It Different? 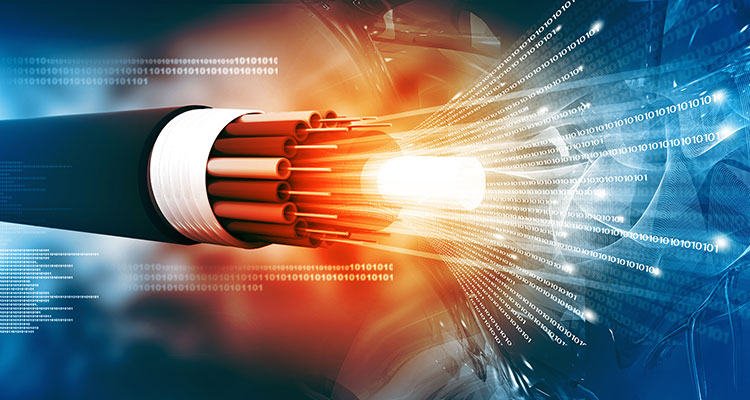 Fiber-optic cables have revolutionized the internet. Before the revolution, we used to use send and receive internet data through cable and DSL. But since the development of optic cables for use in telecommunication, most countries have switched over.

Cable and DSL Technology Before Fiber

DSL, on the other hand, transmitted data using the pre-existing communications infrastructure. The same one we used for telephone services. It also used copper cable systems but offered really slow internet speeds of 2 Mbps. That’s why most people shifted to cable internet before Fiber internet became available.

After cable internet was developed, most people upgraded from their DSL connections. And since cable internet used the same cable system as Cable TV, most service providers started bundling them together. That resulted in better and cheaper cable and internet services.

What is Fiber-Optic Internet?

While cable and DSL internet used copper cables with electric currents to transmit signals, fiber-optic does not. That is one of the most creative things about it. Instead of copper, the optical cables are made from thin strands of plastic and glass. And instead of electricity, data is transmitted using laser light.

Since plastic and glass strands are thinner than copper, more cables can be bundled together. That creates more space for data transfers. So more data can simultaneously be transferred. Additionally, light travels much faster than electricity. Though light can only achieve two-thirds of its speed in fiber-optic cable, it is still faster than electricity.

Optic cables were immediately able to revolutionize telecommunication. Where copper wires could only carry a few hundred sets of data, for say phone calls. Optic cables can carry several million. That is a tremendous increase. Similar to internet speed increases, which now start at 1 Gbps. Which is also a tremendous increase over the highest speeds offered by Cable internet.

Optical cables have completely changed the way telecommunication works. Since optical cables can transfer enormous amounts of data simultaneously, we have faster internet. And developers say that optical cables can support internet speeds 1000 times faster than they are right now.

Optical cables use color-coded lights to transmit different signals. Using that, service providers can transmit all signals for cable TV, internet, and telephone, at the same time. That makes it easier for service providers to offer us triple-play services. Which makes services significantly cheaper as well.

Optic cables are a completely new way to transmit data. Electric current transmitted through copper cables is now an outdated system. Data transfers at almost the speed of light, traveling through plastic or glass strands are the way of the future.